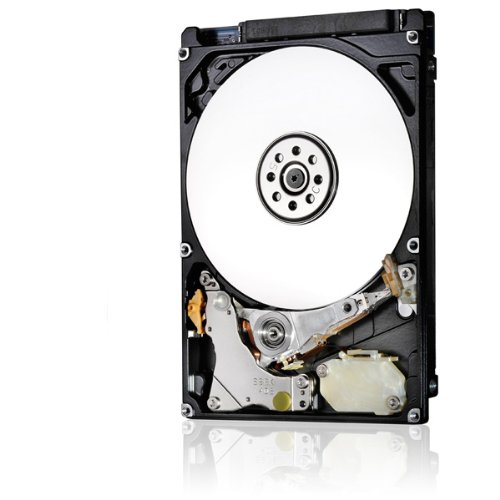 * Product prices and availability are accurate as of the date/time indicated and are subject to change. Any price and availability information displayed on Amazon.co.uk at the time of purchase will apply to the purchase of this product.

* PCPartPicker may receive compensation for purchases made at participating retailers linked on this site. This compensation does not affect what products or prices are displayed, or the order of prices listed. Learn more here.

from completed build A build for a girl's Christmas

from completed build The Black Box

Cheapest 1 TB 7200 RPM drive available. It is also a Western Digital company so the drive should be reliable. I have had no issues with this drive so far.

from completed build My Dream Rig

The Arc Mini R2 has two slots for SSDs/2.5 " HDD I went with this one to fill the gap

Rather slow, but still way better than a 5400 RPM drive.

Got this HDD for free with my ROG laptop and I needed to replace it immediately. 1TB is nice for a data drive, but even at 7200 RPM the system was slow to load levels on Overwatch. When I got dropped from a team because I couldn't load the level fast enough, I had enough and upgraded to a Crucial MX300 right away which was like a dream.

from completed build It's a Work in Progress.

Quiet, for a HHD, but still slow, and didn't last as long as I would like.

from completed build The Real Deal

General Did you know that Hitachi, although being a part of Western Digital, has a tremendously lower HDD failure rate than WD hdds and even Seagate ones, according to the yearly reports of Blackblaze cloud service and their own mix of tens of thousands of hard drives?

Alternatives: in this price range, there is none. Barracuda, Blue and other series of WD and Seagate tent to fail and die in the first 1-3 years mostly, while this Hitachi is likely to live 5-7 years, does 7.200 RMP and isn't using 4kb sectors (which makes it perfect for Linux performance usage).

There are other enterprise class hdd's from hitachi named Ultrastar, if you want something for 24/7 server.

Package: Mine came in a comfy anti-static bag, with silicon bags on both ends, probably to protect it better.

Fine for backups and mass storage.

It's what you'd expect from a standard HDD. Not too fast, not too slow, but plenty of storage.